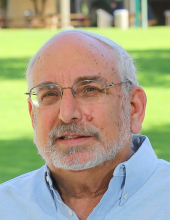 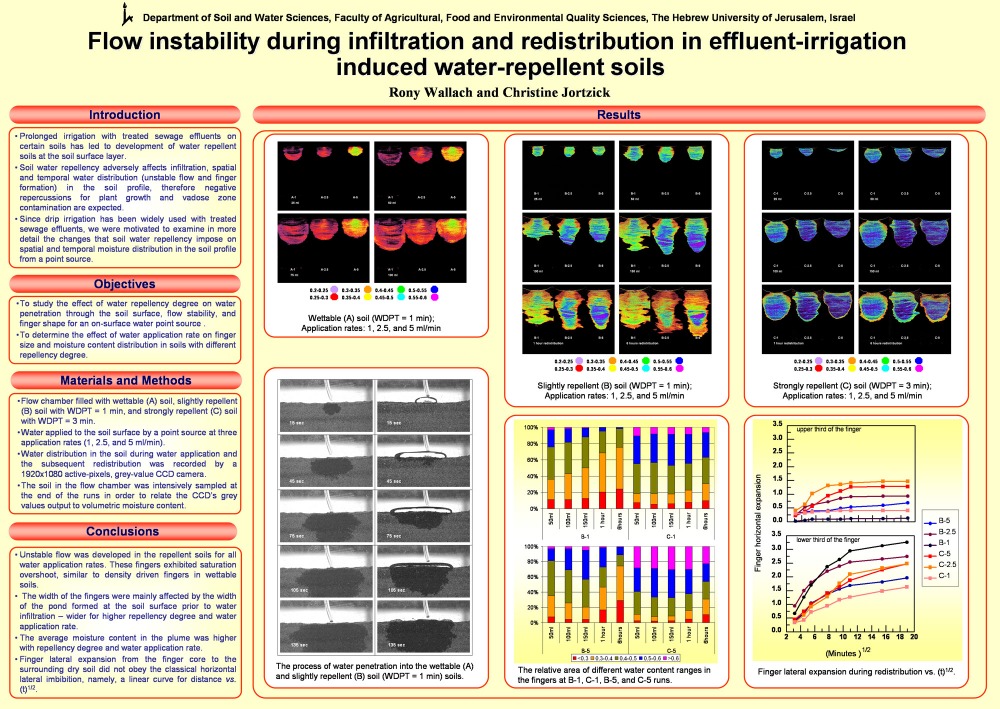 In semi-arid and arid regions that suffer from fresh water shortages, the use of marginal waters such as treated sewage effluent is indispensable for support and sustenance of agriculture. Even in areas not stressed by water shortage, land application of effluent is considered a viable disposal option, preferable over other alternatives such as release to surface water bodies. Irrigation with treated sewage effluent has been found to have positive impacts on soil fertility, and to improve or maintain soil physical properties. Certain environmentally detrimental aspects of effluent-irrigation have also been documented in field studies, including enhanced downward transportation of pesticides, increased soil sodicity, and excessive nitrate leaching. Consequently, land application of treated effluent needs to be accompanied by sustainable soil management practices so as to maximize benefits while minimizing harm. In our studies we document, apparently for the first time, the development of soil water repellency under irrigation with secondary treated sewage effluent. We found that soil water repellency that was developed in a commercial orchard affected the uniformity of moisture content distribution in the soil profile following irrigation events in the summer and rainfall events in the winter. Such non-uniform wetting can adversely affect agricultural production and lead to contamination of underlying groundwater resources. Flow chamber studies of soils taken from this orchard indicated that unstable flow is developed in water repellent soil. The fingers shape, size, and the water content distribution within the fingers during wetting and redistribution are shown in the attached presentation.

Pesticides, nutrients, and other agricultural chemicals which are transferred from the soil to surface runoff water are potentially important pollutants of nearby surface waters. This research focuses on identifying the main mechanisms controlling the fate and transport of the soil chemicals toward the soil surface and their transfer to overland flow. A physically based mathematical model has been developed and is currently being modified to increase its flexibility for predicting overland-flow pollution due to different agricultural practices. The model includes different soil and hydrological parameters which can be independently determined in the field. By running different scenarios, one can select an appropriate management scheme for the local conditions that would minimize the pollution of surface runoff.

Optimization of irrigation and fertilization (fertigation) regimes in greenhouses and other controlled environments requires a knowledge of the physical and hydraulic properties of different mineral and organic soil substitutes. Their characterization can then eanble a study of irrigation-water flow within the containers, its uptake by the plant roots and its drainage at the bottom of the container. Although the principles are the same as those used for irrigation management in the open field where plants grow on natural soils, there are significant differences between the two management approaches. Major differences in hydraulic properties between soils and soil substitutes and the limited root volume within the containers cause large fluctuations in water availability to the plant. This imposes management involving frequent irrigation of short duration. The long-term goal of this research is to determine the frequent-irrigation schedule as dictates by the transient needs of the plants. The research is based on laboratory and greenhouse studies, as well as on modeling the processes that control water availability to the plant roots.

Soil-water monitoring is necessary to obtain reliable estimates of actual irrigation-water use, in order to adjust the actual crop's water demand and to optimize irrigation scheduling. Continuous soil monitoring is needed to assess changes in the wetted volume and to monitor the accumulation of salt and other chemicals in the root zone. The TDR method offers a fast and reliable tool to monitor these parameters at different locations within the root zone. An analysis of the measured data enables us to monitor the rate of water uptake at different depths and lateral distances as a function of time and soil-water content. In field studies, we are comparing the data from the TDR to other measured plant and climatic parameters that hae been widely used for irrigation scheduling. To date, the TDR measurements have provided important data on the dynamics of soil-water uptake by plant roots at different depths. This data is highly valuable for the design of optimal irrigation management for different irrigation methods (e.g. sprinklers and mini-sprinklers, surface and subsurface drip).

Many experimental observations have shown that preferential flow and transport takes place in the structured soil profiles commonly found under most field conditions. In most cases, the volume of water within the preferential paths is much smaller than that of the stagnant fluid, but a particular, not negligible part of the solution may be moving within the well-defined preferential paths ahead of the main flow. These preferential paths could be macropores with a certain spatial distribution, or subsurface channels, such as fractures, fissures or cracks, which are an intrinsic part of the soil structure. Preferential transport of fluids through structured soils can also take place through fingers caused by dynamic instabilities of the wetting front due to density and/or viscosity differences between the displacing and displaced fluids. The purpose of this study is to look more closely at the processes of chemical transport in the preferential paths and their interaction with the stagnant matrix that surrounds these paths; moreover, we aim to predict the concentration distribution with time at a certain depth of structured soil. Both laboratory-scale measurements and modeling are being used in this study. The mathematical model, which includes linear and nonlinear partial differential equations, is simplified by taking advantage of the processes' different time scales.