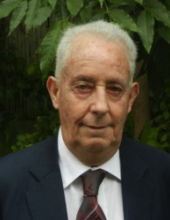 ISRAEL – Contributing on Quality and Quantity

Most readers will know that Israel has a serious water resources problem. Currently, after 4 years of drought and despite some improvement over this last Winter we remain 2billion cubic metres (m3) down on national storage, roughly equivalent to our total annual demand.

It is probably less well known that, to a large extent, this situation arises from 30 years or more of overpumping. The approach has been too short term. And while on the one hand the fact of Israel's location in a semi-dry region has been ignored there has at the same time been tacit acceptance of the problem as 'a matter of fate' about which we could do nothing.

But we can do something.

We could, of course, import water. There are some Middle East countries with a surplus, most obviously Turkey, and our government has agreed in principle to buy 50million m3/year from there for the next 20 years. But that is a decision based on politics rather than economics or engineering good sense.

What I believe and what we believe in our IWA National Committee is that Israel must develop its own water resources. We must be independent and retain complete control over this vital commodity.
And incidentally we would recommend the same approach for any other country in our position.

To do this Israel must look mainly to two unconventional sources :

o desalination of seawater and some brackish groundwater and

We have now a Master Plan, produced by the Water Commission, which requires that, in the first stage, to 2010, we develop a capability to produce 1billion m3/year from these artificial sources - roughly half of annual national needs. The total will be split about 60% to 40% between desalination and recycling.
Several bids for desalination plants have already been requested and two major contracts are either let or are in the final stages of negotiation.

At Ashkelon, on the coast south of Tel Aviv, a BOT contract was let about a year ago, originally to supply 50million m3/year for 20 years. But the negotiated price was so competitive, amounting in fact to something of a World breakthrough in desalination pricing, that the plant output is proposed to be doubled to 100million m3/year - all supplied at an average price of 50cents/m3.

A second contract will see a 45million m3/year plant built at Ashdod and other bids due out or already under negotiation will contribute to the target of 600million m3/year in what amounts to a World class operation.
Unfortunately economics dictates that these plants must be on the coast. The locations have recently been agreed and published and there has been a lot of opposition because it will place a burden on the coastal strip with potentially some loss of amenity and threat to wildlife habitats. These are protests that might have been avoided if we had not neglected to move into large scale desalination in a planned way a long time ago.

Actually our problem in Israel is determined rather more by quality than quantity. After all we have been pioneers in desalination and in reuse. In desalination and the sea we have an endless resource but there, as in reuse, the main issue is quality.

In our (IWA) organization we put as much emphasis, possibly, more, on reuse, because it not only provides more water but also helps to prevent pollution.

We have new committees sitting to develop ever higher stanadards for treated effluent and many tertiary treatment schemes are being developed. Out Tel Aviv reclamation scheme is, I think, quite well known through several IWA presentations. We take secondary effluent from an activated sludge plant serving 1.5million people, pass it through soil aquifer treatment and then abstract and pump the water many kilometers to the dry south for unrestricted irrigation of citrus plantations.

The national water company, Mekorot and the research institutions are constantly searching for better and more cost-effective ways to treat wastewater. Not only tertiary treatments; they are looking for example at electro-flocculation to improve pre-treatment and at the ability of plastic particles to allow higher loading rates in the secondary stage when they are added to activated sludge basins.
In IWA we feel we have a very important part to play in all this, possibly more so than in many other countries because the solution of the resource problem in Israel is of a more critical and over-riding nature than it might be elsewhere.

I imagine too that our membership is somewhat different to that of other IWA national groups. It encompasses not just engineers and scientists but a very broad spectrum of professional and public interests. That is something we have encouraged because we want to be a professional focal point for the whole public and for all the institutional organizations that deal with water.

We see ourselves as a body that aims to help the State of Israel and the water industry in all matters of policy concerning water quality and quantity.

And we can claim some success in that direction. We were involved in pressing the government to investigate the past shortcomings in national policy. As a result a Parliamentary Inquiry Committee was set up. After reviewing the last 30 years and interviewing many past managers and engineers that Committee has now reported on past failings and has made recommendations for the future.

We have been active too in many other directions. We have, for example, established an Educational Task Force so that we can work through teacher training colleges to ensure that water issues are brought home to our schoolchildren.

We have instituted a Plant Operators Forum so that water and wastewater plant operators can regularly meet to discuss problems encountered and solutions developed in their crucial area of activity.

We have adopted an established water industry magazine and, with our lawyer colleagues, we are curently reviewing water laws to seek out shortcomings and anomalies that, if corrected, might help, for example, to prevent water pollution or waste.

In all these matters we are adopting a step-by-step approach and we believe that the amalgamation of 18 months ago gave a major boost to our efforts.

Here in Israel, as elsewhere, it is no longer possible to separate water supply and wastewater treatment. The two matters are inextricably linked, not least by the overall quality issues. Quality has now become the dominant factor.