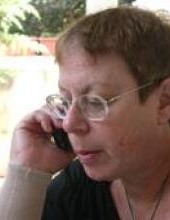 In Memoriam
Soil and Water Sciences
Prof. Ronit Nativ passed away on 31.10.2006
Personal Site
The impact of urbanization on water resources, contaminant transport in porous fractured formations, groundwater contamination in industrial sites, arid-zone hydrology and origin and hydrodynamics of brackish water and brines in deep aquifers.

TCE, Cr explosives (and their derivatives), perchlorate and EDB were detected in drinking water pumped from the Coastal Plain Aquifer between the cities of Tel Aviv and Herzlia. The contamination may be related to the Israeli weapon manufacturing facility in this area, among other potential sources. The study involves 3-D mapping of the extent of the various contaminant plumes, an evaluation of their migration rate and directions, their spontaneous and enhanced biodgradation, and a risk assessment to potable water resources. Funding for the project has been provided by the Israeli Water Authority. Eilon Adar from the Ben Gurion University of the Negev is the other coordinator of this project. Other partners include Ofer Dahan, Noam Weisbrod, Alex Yakirewitch, Arie Issar, Rony Kasher and Zeev Ronen from the Ben Gurion University of the Negev, Yigal Erel from the Hebrew University of Jerusalem, and Ehud Eyal from the Biological Research Institute. Sharon Sagi (Ph.D candidate), Anat Bernstein (Ph.D candidate) and Harel Gal (Ph.D. cadidate), all co-advised by either Eilon Adar and/or Zeev Ronen, are also involved in this project.

The project has been funded by the German and Israeli Ministries of Science and by the Israel Science Foundation.Other partners include Marwan Hassan (The University of British Columbia), Stefan Geyer (UFZ, Leipzig) and Theodor Schmitt (University of Kaiserslautern)and Ofer Dahan (Ben Gurion University of the Negev. Lior Assaf and Dror Shain (Ph.D. and M.Sc. students, respectively; both co-advised by Marwan Hassan) were involved in this project. Yaara Rimon (M.Sc. student, co-advised by Ofer Dahan) is involved in the second phase of the project, emphasizing deep percolation rates and chemistry across the ~30 m thick vadose zone.

The changes in the quantity and chemical and isotopic compositions of precipitation, surface water and pore water in the vadose zone and groundwater, resulting from enhanced growth of urban areas, are being evaluated in the coastal area of the city of Ashdod.

Urbanization increases surface flow at the expense of infiltration and groundwater recharge, and the quality of groundwater underlying the city can be affected by various anthropogenic activities.

Completed theses stemming from these projects include:

(3) Modification of the hydraulic parameters due to interaction between the Eocene chalk and acidic wastewater from the Ramat Hovav Industrial Park (M.Sc., Shimon Tzuk).

(10) The impact of microbiological processes on groundwater flow and transport of organic contaminants in fractured chalk (Ph.D., Shai Arnon).

Following is a short description of some of the various subprojects being carried out within this framework:

(b) The impact of microbiological processes on groundwater flow and transport of organic contaminants in fractured chalk (Ph.D. thesis of Shai Arnon, Ben Gurion University, co-advised by Eilon Adar and Zeev Ronen).

Water flow and solute transport in fractured chalk formations: The Ramat Hovav Industrial Complex (northern Negev desert) hosts major chemical plants and the country's only site for the treatment and isolation of hazardous waste. The research covers many aspects of contaminant transport in fractured, low-permeability chalk on a variety of scales, and its impact on nearby freshwater resources. Funding has been provided by the Ramat Hovav Industrial Council and the Ministry of the Environment. The theoretical aspects of this research have been funded by the EU and The Basic Research Foundation of the Israel Academy of Sciences.

The saline groundwater discharging into the Sea of Galilee, the Dead Sea Transform, Israel.

Carried out with Amos Bein and Gregory Bergelson, funded by the Israeli Water Authority, the Ministry of Sciences and Arts and The Bruno Goldberg Fund (Bergelson et al., 1998, 1999).

Isotopic composition and equilibrium in the water:rock systems related to the Kinneret Brine and their relationships to the brine's origin.

Carried out with Amos Bein and Avner Ayalon from the Israel Geological Survey and Adi Tal. Funded by the Ministry of Science.

Genesis and hydrodynamics of the deep brine underlying the Oak Ridge Reservation, Tennessee.

The impact of the city of Ramalla's enhanced growth on the underlying and nearby groundwater.

Carried out with Marwan Hassan. Other partners include Chris Liebengut and Jens Lang (University of Freiburg), the late Asher Schick (The Hebrew University of Jerusalem), Abdel Rahman Tamimi and Samar Michael Husary (PHG, Palestinian Authority). Mor Salus completed her M.Sc. thesis as part of this project. Funding of the Ramalla project was granted by the DFG, Germany.